THE MOST EMBLEMATIC BUILDING OF DIAGONAL, BARCELONA Welcome to the Modernism
DESIGNED BY THE MODERNIST ARCHITECT JOSEP PUIG I CADAFALCH Urban Modernist Mansion built in 1905
COMMISSIONED BY BARTOMEU TERRADAS FOR HIS SISTERS As a result, you will find a three-accesses houses

Buy your tickets for Casa de Les Punxes and visit this building designed by Josep Puig i Cadafalch, located at Eixample district of Barcelona.

A building that recalls a medieval construction and one of the keys to understanding the fundamentals of modernism movement in Barcelona.

Casa de les Punxes, also known as Casa Terrades, is a spectacular building - revolutionary in both artistic and technical terms highlighting the pointed towers, hence its curious name. This building is one of the most iconic structures in Barcelona and an important key to understanding Catalan modernism.

Josep Puig i Cafalalch broke with the traditional architectural tradition and the result is this wonderful building located in the ‘Quadrat D'Or’ (Golden Square) in the l’Eixample district of Barcelona where it stands on a triangular city block of its own.

Enjoy the visit to this hidden treasure of the city thanks to a multisensorial audio-guided tour and complete your experience with an evening drink while enjoying the amazing views from the rooftop.

Price of the tickets to Casa de les Punxes

The ticket for Casa de les Punxes includes the fascinating history of the Casa de les Punxes on an audio-guided* multi-sensory tour, learn about one of the great figures of Catalan modernism - Josep Puig i Cadafalch and be surprised by the legend of Saint George - the source of inspiration for the great modernist architects.

Come and visit one of the most quintessential monuments of Catalan modernism! 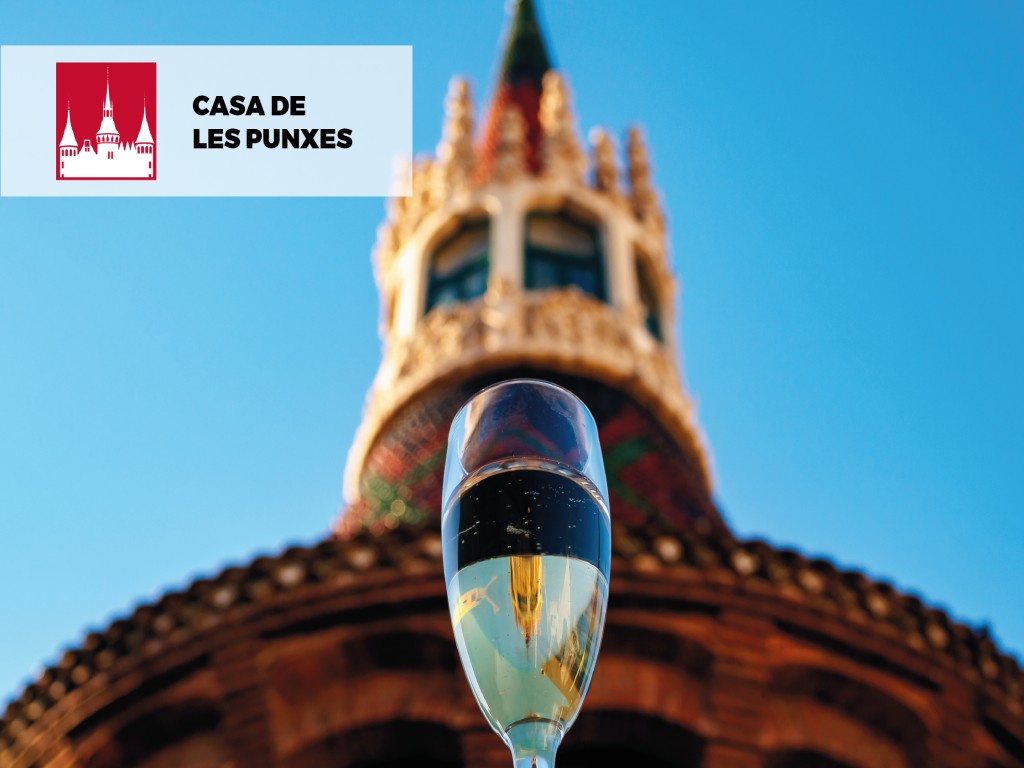 Selective audioguided tour at Casa de les Punxes with access to unknown places. Includes a drink on the rooftop

How to get there

Casa Terrades is located in the most touristic area of Barcelona: Diagonal Avenue 420, so we recommend to use public transport to get there.

What does Casa Terrades offer you?

Casa de les Punxes offers you two totally essential visits. In these visits, you can immerse yourself in the history and legends of Sant Jordi and how it has influenced the modernist construction. For this purpose, the entire tour is adapted to be a multisensory and audio guided experience in several languages.

If you are looking for something more exclusive, Casa de les Punxes offers a selective tour with access to unknown places that do not appear in a guided tour. In addition, the visit includes a visit to the roof where you will enjoy the sunset and the views of Barcelona while having a drink

Without a doubt, you will not be disappointed.

+ View all opinions
We use cookies to get statistical data of your browsing on this website. If you continue using it we consider that you accept the use of cookies. OK | More info